“Stevie Wonder added a moment of comic relief to boxing promoter Butch Lewis’ funeral at the Chase Center in Wilmington, Del., on Monday. The crooner wanted to play his harmonica for “The Lord’s Prayer,” so he asked the star-studded audience — which included Oscar-winning actor Denzel Washington and boxing greats Michael Spinks, Mike Tyson, Joe Frazier and Thomas Hearns —if anyone could play the song on the keyboard there. When no one piped up, Wonder asked: “Do I see any hands?”

After the laughter subsided, a young man named Stanley Brown answered the call and did such a good job he accompanied Wonder on two more tunes. We hear that Lewis, who died July 23, had wanted Wonder to perform at his 65th birthday bash on June 25, but the singer couldn’t make it. So, Stevie honored the flamboyant fight promoter posthumously with six songs.”

“Apollo Theater, make some noise in this room,” Byron Cage commanded midway through his performance in “A Celebration of the Spiritual and Gospel Music” on Sunday afternoon. Under ordinary circumstances, you suspect, Mr. Cage, a handsome, charismatic gospel singer from Atlanta, would hardly need to urge participation.

But the concert, jointly presented by Carnegie Hall and the Apollo in Harlem, was hardly ordinary. Part of the soprano Jessye Norman’s Honor! series, the event was meant to provide a concise overview of African-American religious music, from the slave-era spiritual to modern gospel styles. A sense of formal occasion might have kept most of a large, appreciative audience from doing what otherwise might have come naturally.

Besides, much in the first half of this fast-paced survey urged respectful admiration rather than joyous abandon. After a brief demonstration of African drumming by Gary Fritz in total darkness, the lights came up gradually as the venerable five-woman a cappella group Sweet Honey in the Rock covered the distance from African chant via “Kumbaya” to “In the Upper Room” in less than 10 minutes.

The magnificent Abyssinian Baptist Church Cathedral Choir of Harlem brought an affecting gravity to “I’ve Been ’Buked” and “Rocka My Soul.” Josh Johnson, from the Alvin Ailey American Dance Theater, curled and froze dramatically as members of the Honor! Choir performed a soulful “I Wanna Be Ready.”

Earthier stirrings began to emerge when Stanley Brown, playing a Hammond organ, turned “Just a Closer Walk With Thee” into a flamboyantly embellished slow drag with a juke-joint coda. His exuberance was exponentially multiplied by the 44 bright young singers of Gospel for Teens, gathered and trained by Vy Higginsen, a Harlem theater producer and media personality.

The second half of the program maintained the efficient pace of the first. But the feel was more that of a slickly produced revue, with spotlights slicing circles through banks of theater smoke.

Songs performed by Shari Addison, Smokie Norful and Mr. Cage, though explicitly in service to the Lord, showed that contemporary gospel music has called in historic debts owed by R&B, urban pop and hip-hop. In Shirley Caesar’s overpowering spirit and sanctified bark, and in Hezekiah Walker’s hearty sermonizing over the blissful harmonies of his Love Fellowship Choir, you heard what made church music so ripe for secular appropriation in the first place.

Fittingly, the show’s last segment honored Walter and Edwin Hawkins, whose 1967 version of “Oh Happy Day” was the first gospel record to top the pop charts. After a taped greeting from Walter Hawkins and a short video tribute, Mr. Norful and Richard Smallwood, a composer and pianist, performed Mr. Smallwood’s stately ballad “Total Praise.” Choruses that had performed earlier streamed down the aisles to join them.

An encore seemed compulsory, and Ms. Norman did not disappoint. Escorting Edwin Hawkins to the stage, she broke into a rousing “Oh Happy Day.” As Ms. Addison, Ms. Caesar and Mr. Cage took solo verses, no one had to be reminded to make some noise.” 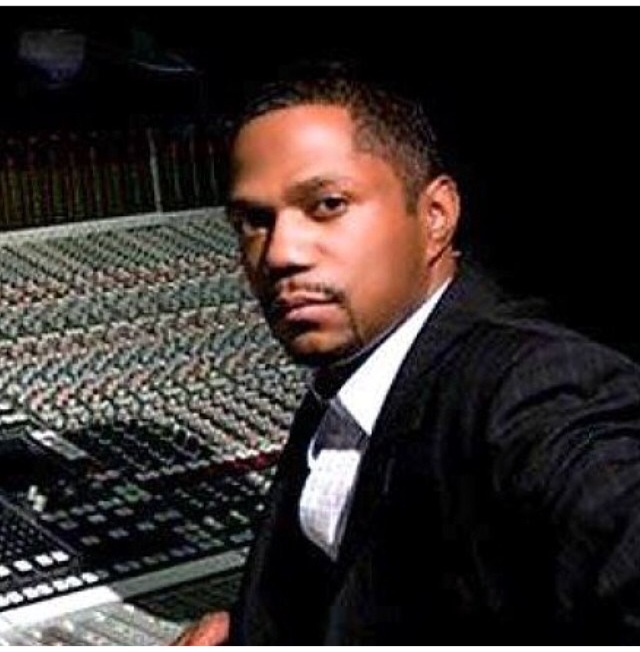